What is Personalised Learning and why choose it?

Blueberry Academy is part of City of York Council Local Offer of Learning for 16-25 year olds and also works in partnership with North Yorkshire Adult Education in Selby and Scarborough.

The Blueberry Academy in York main learning hub is at The Melbourne Centre in Fishergate. We also have a Supported Employment Hub at Silver Street in the city centre and training is delivered out and about in the community and within workplaces.

Blueberry provides Personalised Learning pathways towards Employment and Independence. All programmes include English, Maths, IT and supported work experience.

Core subjects on timetables are:

Personalised Education Programmes also include additional sessions such as work experiences, sports, weekly visits to David Lloyd gym, bike maintenance, cycling, arts and crafts, woodwork, IT projects and participation in a wide range of activities in the local community.

The Blueberry curriculum is based on the Preparing for Adulthood agenda and we take a holistic approach to enabling young people to make the next step from education to community inclusion, greater independence, employment, lifelong learning and good health and well being.

Students are supported to build their independence through a range of practical activities and small group learning. One to one learning can take place when appropriate. Activities might include shopping trips, budgeting, cooking, gardening, crafts, IT and creative projects, visits to community venues and organisations, work experience tasters and work trials. Blueberry has "in-house" supported work experiences in the Blueberry Pop Up Shop, Blueberry Enterprise Workshop, Blueberry Community Enterprise and Blueberry Garden Care Team.

Blueberry works in partnership with a range of local employers to offer work placements in a range of sectors including retail, catering, hospitality, administration and IT. Students are supported by a job coach to work as independently as possible. Blueberry is a member of the British Association for Supported Employment.

The Blueberry team aims to support young people to plan for their future: students are encouraged to aspire to employment, maintain volunteering opportunities, take part in their local community and continue with a routine of healthy and positive social and leisure activities beyond education.

Blueberry also has a proven track record in supporting some students each year into sustainable paid work and we can often offer ongoing in-work support. 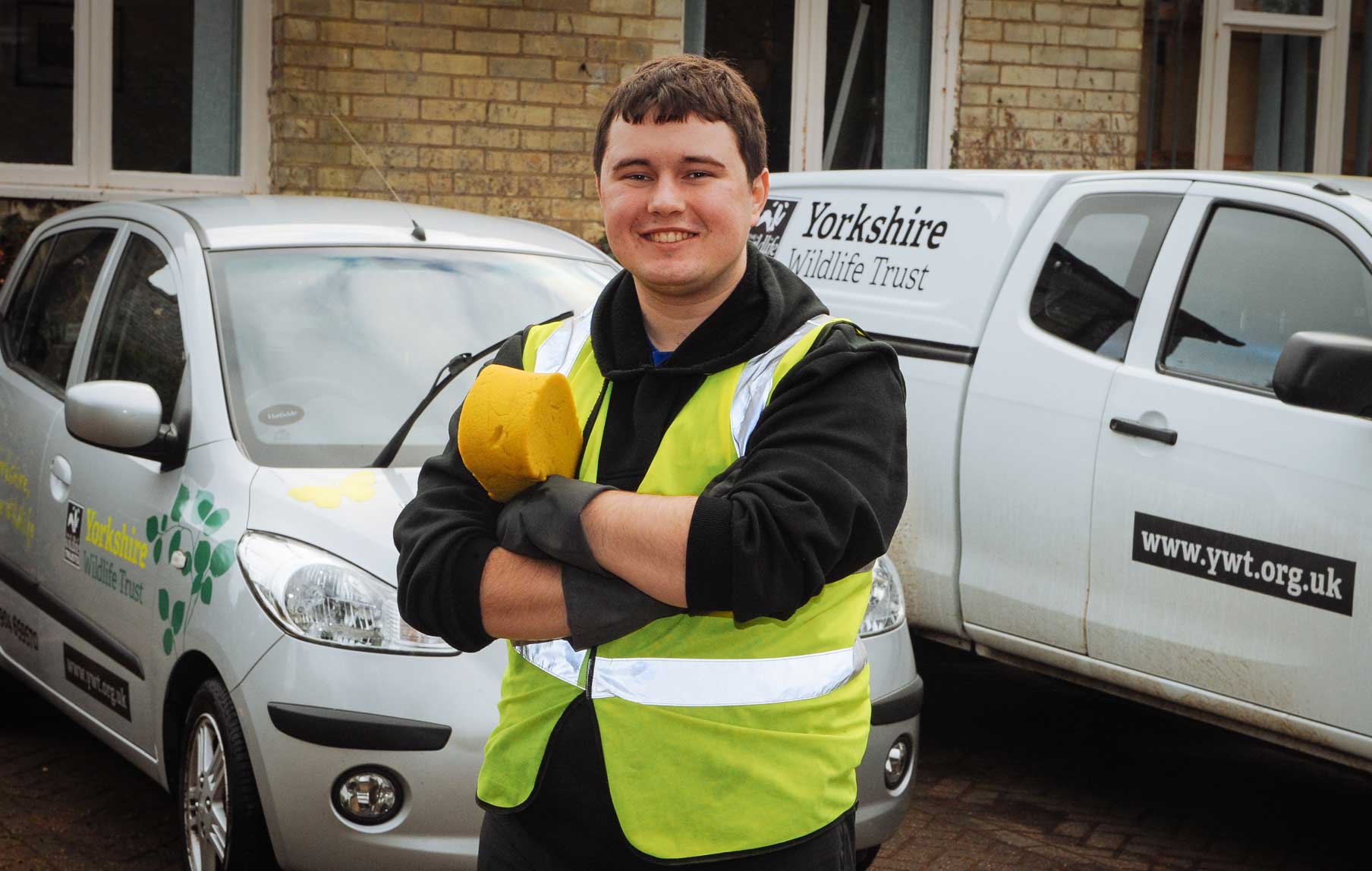 As part of the personalised learning offer at Blueberry Academy, students showing aspiration and commitment to paid employment can progress onto a Supported Internship. A Supported Internship programme consists of a minimum of 2 days per week in the workplace with functional skills and employability offered alongside.

Interns are supported by a job coach, and support is gradually reduced as the intern becomes more independent at their tasks and duties. Blueberry works with a range of employers within the city and has delivered successful internships opportunities at York Hospital, York St John University, Joseph Rowntree Housing Trust, Ambiente Restaurant and Waitrose.

The Blueberry information, advice and guidance team looks at the full range of needs a person has and supports young people to explore employment options either with the placement provider or to apply for other opportunities which match their skills and abilities. 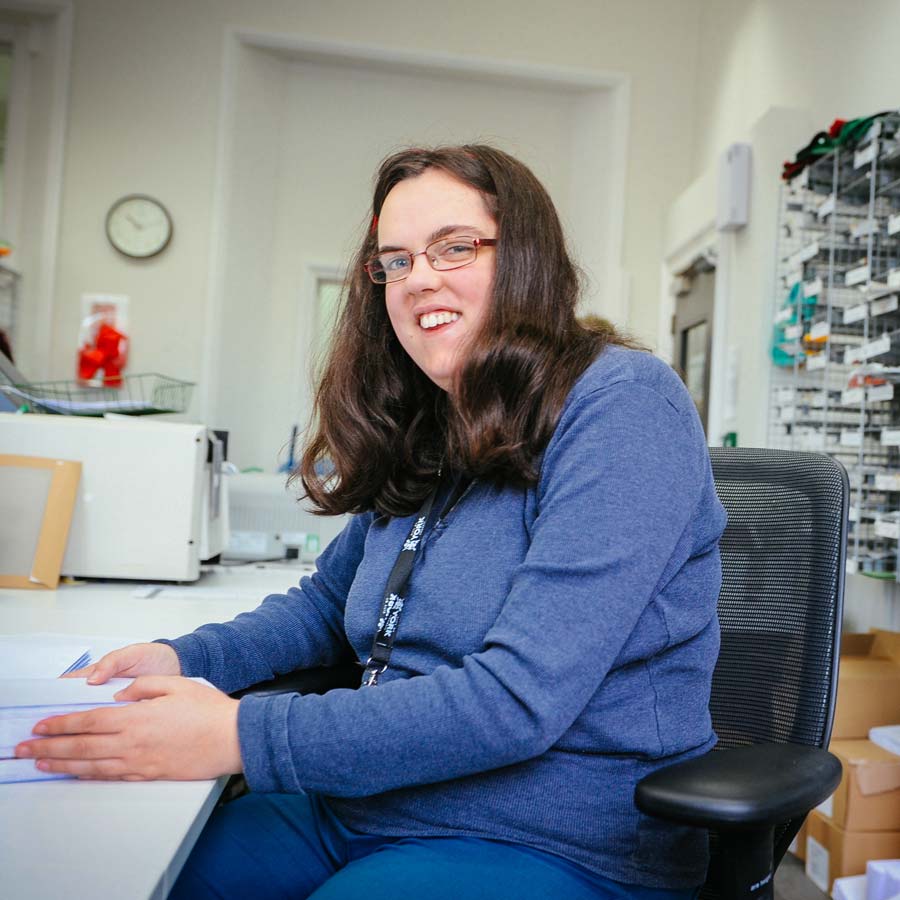 After completing a Hospitality Certificate at York College, Robyn chose to come to Blueberry for personalised learning because she was keen to find paid work in catering. Her enthusiasm to get started in a workplace was clear and so after an initial assessment of her employment skills in our Blueberry Shop, Robyn was supported to find a suitable internship opportunity. Her positive attitude and willingness to take on a challenge impressed the managers at Sodexo Catering, based in York St John University canteen, and she was offered a 2 day placement. Robyn continued to develop her functional skills, independent living skills and employability through taught sessions at the Melbourne Centre Learning Hub. In- work support was given by a Blueberry Job Coach to assist Robyn with learning new tasks and coping with changes to routine.

Blueberry were also able to give Robyn support to practically improve her money management, liaise with Social Care for her independent living aims, join swimming sessions and a local choir and to build a positive weekly routine for working life. By the end of her internship Robyn was able to serve customers and deal with a busy queue at the till with confidence. Robyn is currently being supported by Blueberry, post education, to job search and attend interviews through the Future Goals Project. 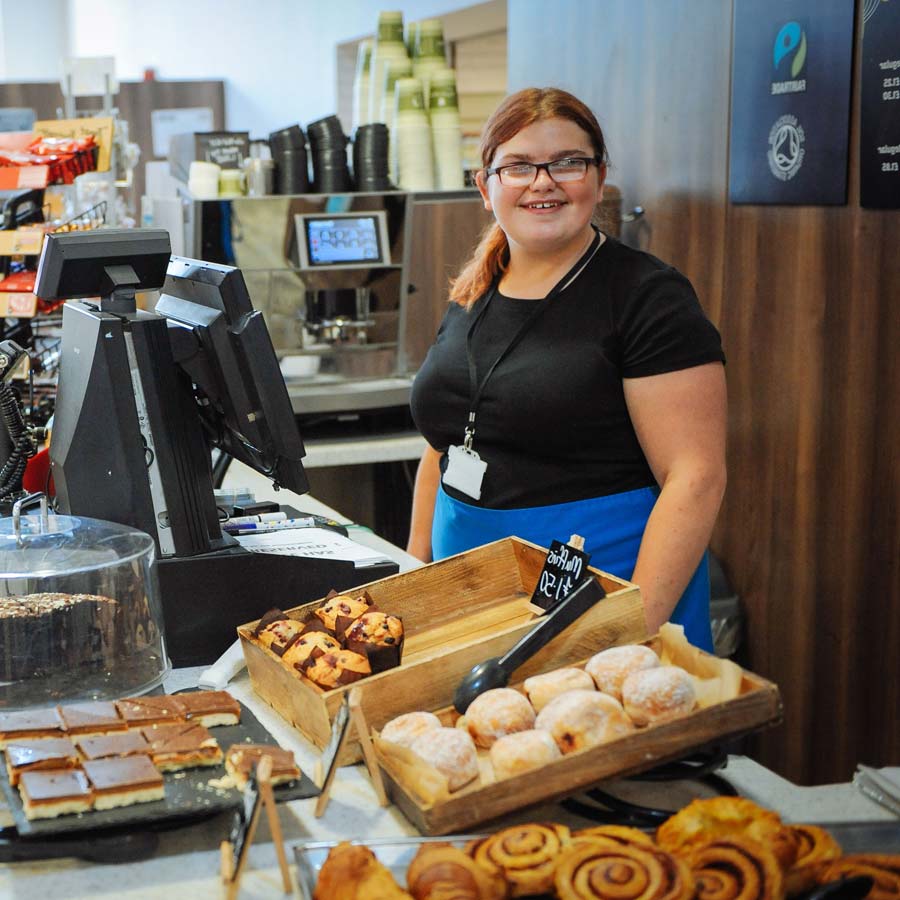 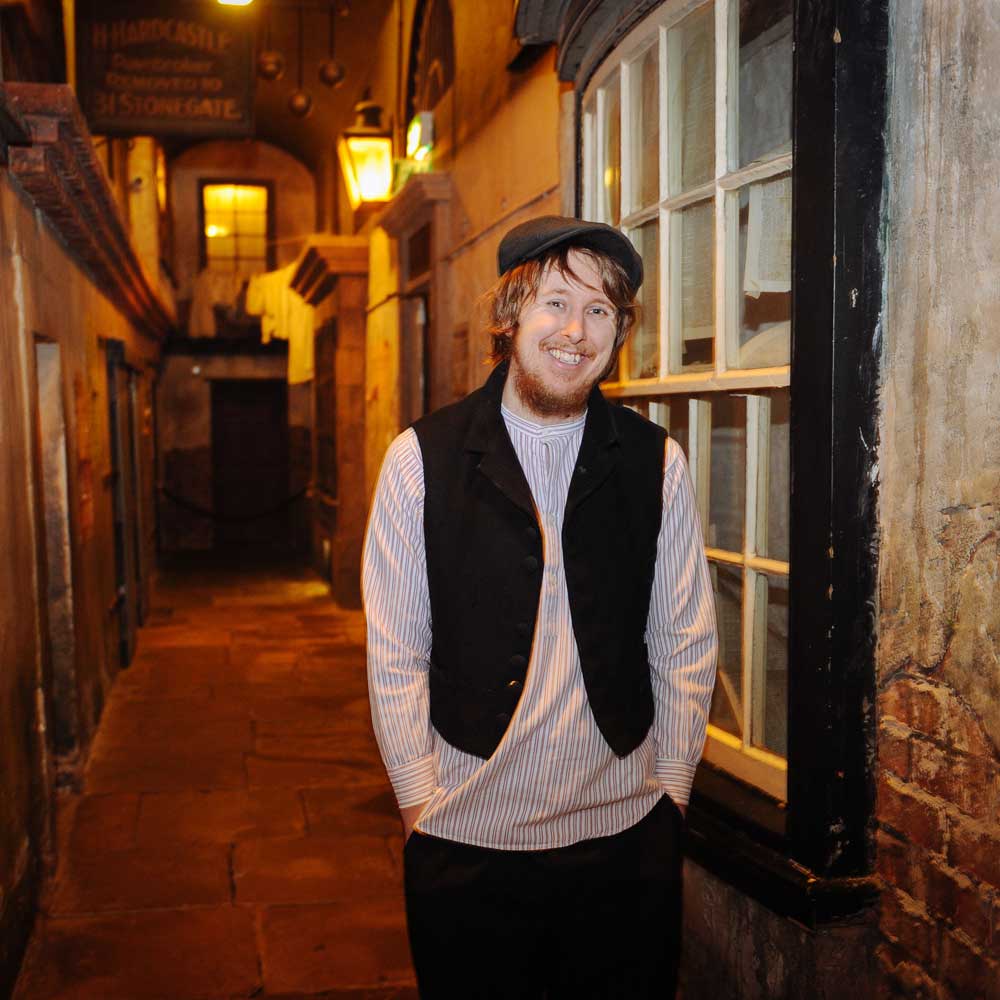 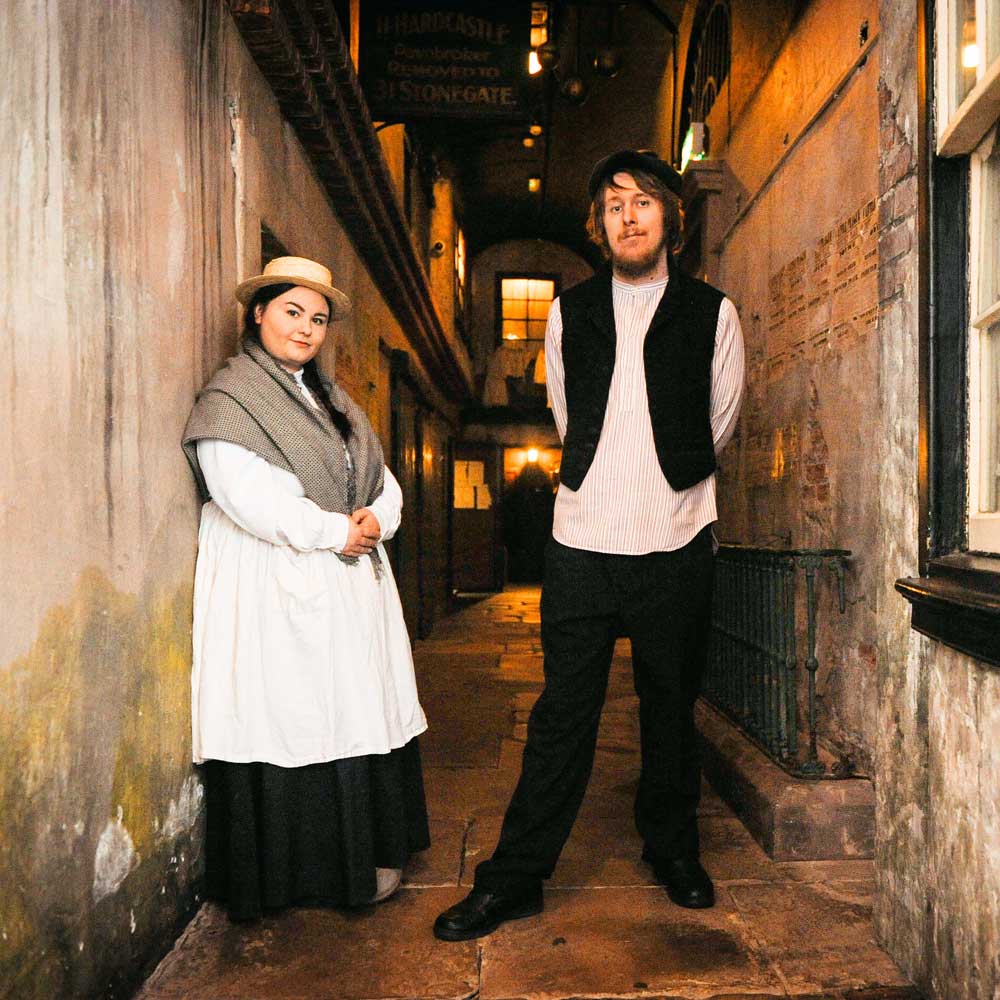 Jamie’s Specialist Careers Adviser referred him to Blueberry as he was finishing his studies at Askham Bryan College and wanted to develop his employment skills to help him move further towards his dream of working as a park gardener. Jamie’s personalised programme was initially based around employability, citizenship and independent living skills at The Melbourne Centre with a trial and assessment period with St Nicks Conservation Team and with our own on site gardening group.

Over the first year Jamie grew in confidence and started to work off site with our Garden Care team assisting with garden maintenance at a wide variety of spaces including West Bank Park, Heworth Church and private customers’ houses. Over two years, Jamie built a portfolio which evidenced his increasing skills in health and safety knowledge and practice, communication in the workplace and team work. Blueberry offered Jamie a Supported Internship for his third and final year, setting up an exciting and challenging placement with the Joseph Rowntree Housing Trust based at Homestead Park. With support from his job coach Jamie was soon a valued part of the JRHT Park Team doing a wide range of tasks including his favourite job - using the ride-on lawnmower!

Jamie was also supported by his Information, Advice and Guidance worker at Blueberry to build a Vocational Profile and to plan for his transition to adult life after education, it was important that Jamie had as much support as possible to get settled into meaningful vocational activities which would be sustainable. Jamie’s passion for history led to his IAG worker linking him up with esteemed volunteer roles at the Castle Museum and Holgate Windmill as well as Poppleton Railway Nurseries. A job coach assisted with training Jamie in these roles until he was working confidently and independently. Jamie continues to volunteer at all of these organisations, maintaining his skills for employment. He enjoys having a full, working week. If Jamie decides to look for paid work in the future, he will be able to access Blueberry information, advice and guidance through our Supported Employment "Job Shop" in Silver Street.

Connor was referred to Blueberry by his adviser at i2i, a JobCentreplus project to help people find work. Connor was keen to get a paid job but needed extra support. Connor had an EHCP although he had been out of education for a while. He had left York College after achieving his Level 2 City and Guilds Award in Painting and Decorating. Blueberry met Connor and offered a Personalised Learning Programme to develop his independence and employability skills and to start building a Vocational Profile.

Blueberry approached York St John University maintenance team. A Blueberry job coach supported Connor on a painting and decorating placement. This experience was successful: Connor received glowing reports from the employer on his working attitude and commitment but it helped Connor to recognise that a paid career in this field was not for him.

After a few work taster sessions in different career options to assess where Connor’s skills and interests might lie, Blueberry saw that he could be suited to a role at Vangarde Shopping Park as an on-site maintenance worker. This role involves working around the retail and catering outlets responding to superviser requests for a wide variety of tasks including pressure washing trolley bays, using the sweeper machine in the car park, repair and painting jobs and full site litter picks.

After a promising trial period, Vangarde agreed to work with Blueberry to offer Connor a Supported Internship. Connor worked two days a week at Vangarde, with support from a Blueberry job coach, and continued with his education sessions at Blueberry. The Vangarde team were keen to develop Connor’s skills and provided lots of supportive training. They encouraged him to take on further challenges: he began completing task reports and reporting defects using smart technology.

Connor’s confidence in his role and his abilities has continued to grow. He made a circle of friends at Blueberry and they supported and encouraged each other. Connor started to attend the Blueberry Social Clubs and now meets the Model Making Club most Mondays. This was always a hobby for him but now he is able to socialise and easily keep in touch with his friends after his education programme has finished.

In April 2022, Connor was offered full time paid work at Vangarde. His Blueberry job coach has withdrawn in-work support but is able to step back in if ever needed. Connor is now proud to be doing the early morning as well as weekend shifts and is enjoying his new found independence. 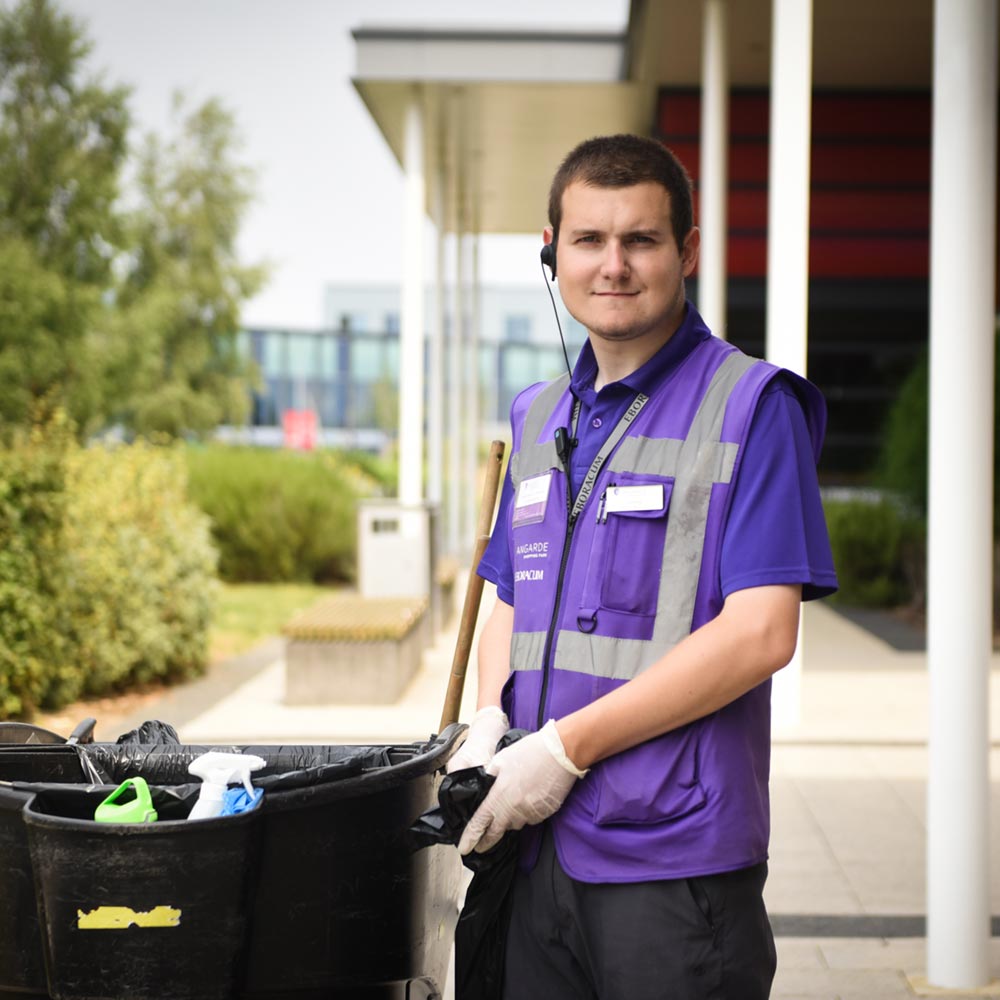 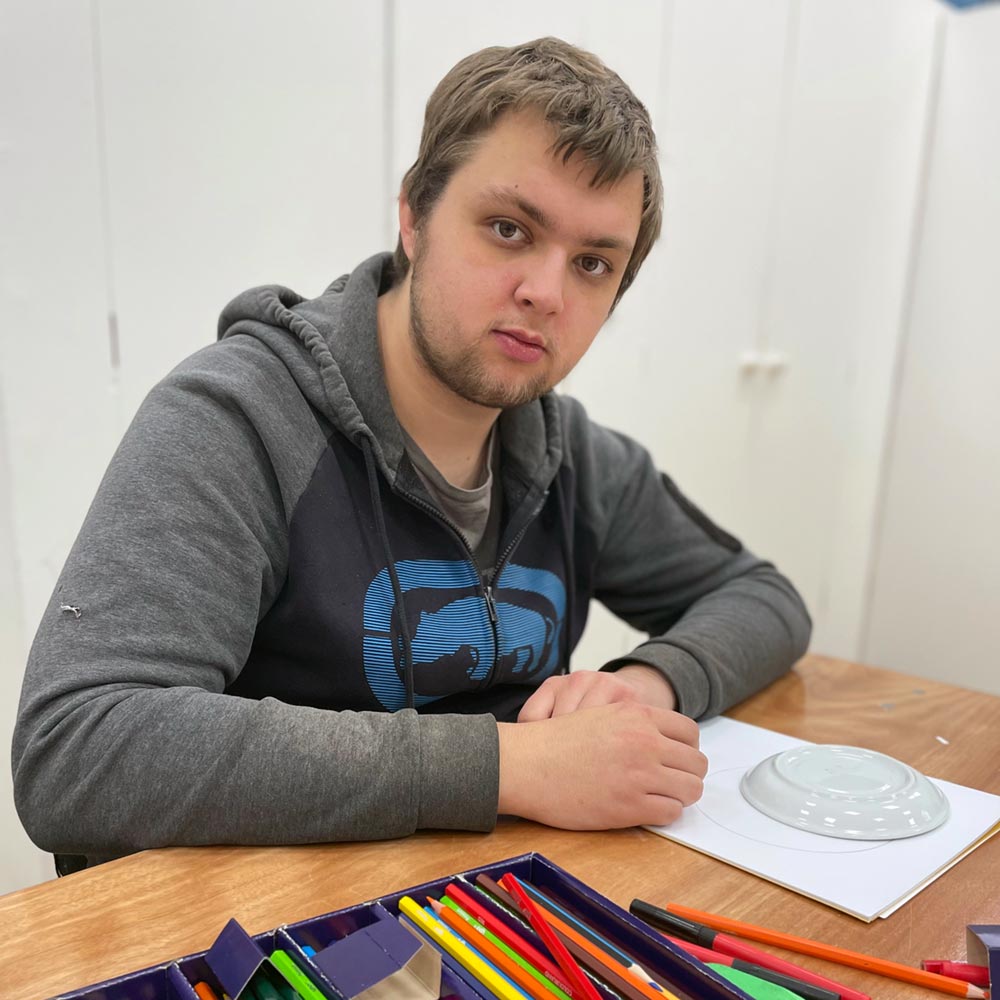 Oliver was referred to Blueberry by his East Riding of Yorkshire Council careers adviser when his course at Askham Bryan College was coming to an end. He had gained many skills in animal care but was unsure what to do next. He started a two year Personalised Learning Programme to develop his skills for independence and employability. He knew he was suited to outdoor work.

Initially Oliver worked with Blueberry’s own Garden Care Team. After a short time on his programme, Oliver was open to new experiences and tried out work placements at Beetle Bank Farm and Homestead Park. Blueberry staff supported him with his communication and team work skills.

Oliver says he realised he would try more work experience options than he originally thought he would. He was also interested in improving his fitness. He joined Blueberry’s gym group and within months he joined a gym independently. This is still important to him.

His Information, Advice and Guidance worker at Blueberry suggested he might want to consider cycling, as he doesn’t live on a handy bus route. Oliver started working with Mick, a bike maintenance and cycling proficiency tutor for Blueberry.

Mick acted as a mentor for Oliver and got to know him well. Mick supported Oliver into a work placement delivering medicine prescriptions around York by bike every Monday. Oliver began to start his Independent Living Skills session on Tuesdays at The Melbourne Centre by telling everyone how far he’d cycled the day before!

In his third year Oliver became a delivery cyclist for Brunswick Organic Nurseries. He has been working with his Blueberry information, advice and guidance worker to apply for paid employment.